Here are a few methods parents can use to teach their kids times tables.

Why Is Multiplication Important to Learn in School?

Multiplication forms the building block for other mathematical concepts. Once students are confident of their times table skills, addition, subtraction, and division become simpler. It also broadens their knowledge of general mathematics. Knowing 1 x 1 = 1 makes them understand that 10 x 10 = 100, and the relationship between 20 ÷ 4 = 5 and 5 x 4 = 20.

This is an old but very effective technique. The first step is to draw an unfilled times table in a blank sheet or whiteboard. 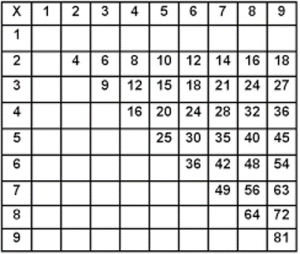 Games are a fun way of memorizing the times table. They create a positive impact and the urge to participate. These are some games you can use to teach your child:

Speed tables are an effective way to measure your child’s ability to answer the times table correctly. They can race against another child or the clock. Encourage them to set a new record during each attempt. Whoever wins gets an appreciation.

For this, you must buy bingo dabbers to make the game authentic. This game is best played with more than two children, if not, then both parents should participate. Make bingo cards with multiples of numbers between 1 and 9. You call out “two-two”, whoever has four dabs it. The person with the full house calls the next round.

This game also played with at least two children. Throw two or three dice and ask the children to write the product. If you want higher numbers, you can buy the 12-sided dice or use stickers to change numbers. The child with the most correct answers after a given period is the winner.

This game tests the ability of children to memorize the times table. Buy two sets of blank cards, on one set write the multiplication problem and the corresponding answer on the other. Lay the cards upside down and let the children pick the problems at random. The child with the most correct answers after exhausting the cards wins the game.

Active children learn and memorize information much better than other children. Getting your children to learn the multiplication table while jogging or doing aerobics helps to develop their memory. Exercise also helps train children to concentrate more.

How Do You Practise Times Tables?

Children must practice the times table continuously even after memorizing to boost their confidence. As a parent, you can compose songs or sing to those composed by others. One of the most popular times table songs is Three Times Table Song. Alternatively, children can create art and drawings. Parents can also quiz their children randomly to test their memory.

Identifying Patterns in A Times Table 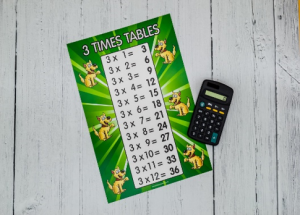 Dyslexia is a learning disorder where children are unable to identify speech and sounds. It is also known as reading disability. The disorder affects the part of the brain that processes language. Though dyslexia is associated with language, there is enough evidence that it also affects the numeric ability of a child. A dyslexic’s ability to perform multiplication depends on the severity of the disorder and their ability to grasp math concepts. Generally, children with dyslexia learn mathematics slower than the rest. Parents and teachers should pay more attention to ensure that they are not left far behind.

This site uses Akismet to reduce spam. Learn how your comment data is processed.

Hi, I’m Ms Hill, and I am an elementary school teacher from the United States that is passionate about helping children from all around the world access resources for learning and furthering their education through online tools. 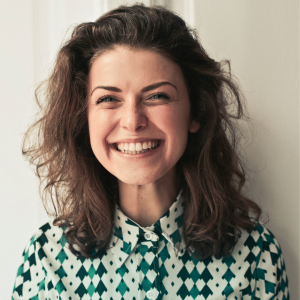 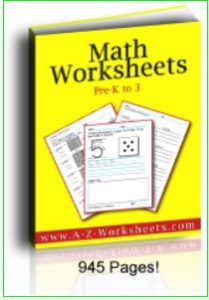 There are 945 pages of printable Math worksheets in this bundle.

Our Printable Math Worksheets offer various methods such as:

Print and reprint as often as your students need with these Math practice worksheets!

Please note, some of the links on the website www.1to20tables.com earn us a small affiliate commission.